Moving from Boston to Albany

Stark Moving and Storage IncMoving from Boston to Albany

Albany is the capital of the U.S. state of New York and the seat and largest city of Albany County. Albany is located on the west bank of the Hudson River approximately 10 miles (16 km) south of its confluence with the Mohawk River and approximately 135 miles (220 km) north of New York City.

Albany is known for its rich history, commerce, culture, architecture, and institutions of higher education. Albany constitutes the economic and cultural core of the Capital District of New York State, which comprises the Albany–Schenectady–Troy, NY Metropolitan Statistical Area, including the nearby cities and suburbs of Troy, Schenectady, and Saratoga Springs. With a 2013 Census-estimated population of 1.1 million, the Capital District is the third-most populous metropolitan region in the state. As of the 2010 census, the population of Albany was 97,856.

The area that later became Albany was settled by Dutch colonists who, in 1614, built Fort Nassau for fur trading and, in 1624, built Fort Orange. In 1664, the English took over the Dutch settlements, renaming the city Albany, in honor of the then Duke of Albany, the future James II of England and James VII of Scotland. The city was officially chartered in 1686 under English rule. It became the capital of New York in 1797 following the formation of the United States. Albany is one of the oldest surviving settlements of the original British thirteen colonies and is the longest continuously chartered city in the United States. 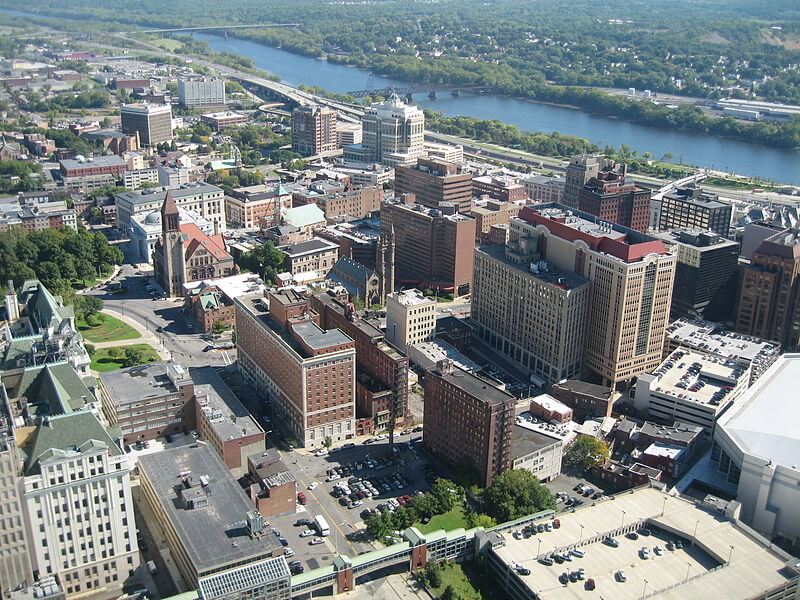