Best US cities to live without a car

Are you thinking about forgoing your car? It’s an excellent decision for many reasons. You will be significantly reducing your carbon footprint, saving money on fuel, maintenance, and car insurance,  and building a stronger bond with your community once you start walking, biking, or using public transport to go about your life.

But a car-less lifestyle will only work in a walkable city with a solid public transport system. If you’re asking yourself, “Where can I live without a car in the US,” read on. In this article, we bring to you 15 US cities where you can live without a car.

Walking: Central Seattle, which includes Belltown, the Waterfront, Downtown,  Seattle Center, South Lake Union, and Pioneer Square, is very compact and walkable. Walking from North to South avenues is easier, but when traversing East to West, expect to climb a few stairways and steep hills.

Link Light Rail: This rail connects Angle Lake Station to the University of Washington through 14 stops across downtown Seattle. The trains usually arrive every 6 to 15 minutes.

Biking: Seattle is extremely bike-friendly. Whenever you are in the city, you can reserve a JUMP bike through your Uber app. Lime is another app-based bike-sharing service you can use to unlock any bike for $1.

Water taxi and ferries: A water taxi links Pier 55 to Seacrest Park in West Seattle. Ferries are available if you want a scenic route from downtown to Bremerton, Bainbridge Island, and other destinations. 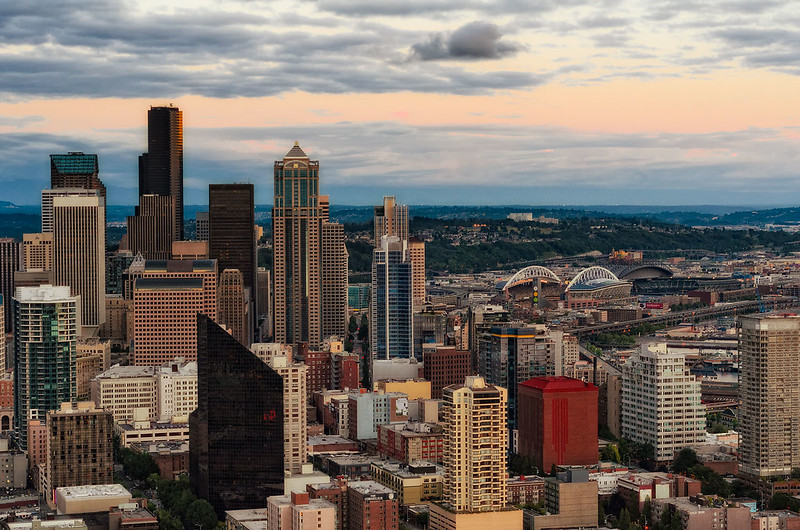 Bus: The local bus network has nearly 40 routes that cover all of Newark and neighboring areas.

Commuter Trains: These are used by Newark residents to travel to nearby cities like NYC or Jersey City.

Bus: The buses are convenient and cheap, although the routes will take a little getting used to. If you need to get around the University of Minnesota campuses, you can use the free shuttle bus provided by the institution.

Light Rail: There are two Light Rail lines — Blue and Green. The Blue Line services between Mall of America and Target Field, and the Green Line runs between Downtown Minneapolis and Downtown St. Paul and the University of Minneapolis.

Walk: Downtown Minneapolis is very walkable, even in winters. Walking through the Minneapolis Skyway System in downtown will keep you dry even during rain, sleet, and snow.

Bike: Nice Ride Minnesota is the primary bike-sharing service in the area, with 3,000 bikes and more than 400 stations. Rentals are available between April through November.

Walking: Philly has a straightforward layout that newcomers can master quickly. The city is organized in a grid pattern, and there are big directional signs that will help you navigate to all the famous spots.

Bike: This city has 440+ miles of dedicated bike lanes, with 750 miles more bike trails being constructed. You can rest from over 1,300 bikes across 140 stations from Fairmont Bicycles, Wheel Fun Rentals, or Indigo.

SEPTA: This is the central public transit system in Philadelphia. SEPTA has buses, subways, and trolleys to help you get around town.

Walking: It’s the best way to explore Washington, DC. The sidewalks are wide and hug past many monuments, museums, theaters, and gardens.

Biking: You can rent a bike from Unlimited Biking. They have a variety of bikes available, including kid’s bikes with helmets. Plus, Capital Bikeshare has over 3,000 bicycles available across 350 stations.

Metrorail and Metrobus: These are the safest, cleanest, and most efficient ways to travel through Washington, DC. Five rail lines — red, yellow, blue, green, and orange— and buses connect Washington DC with Chicago and several Virginia neighborhoods. 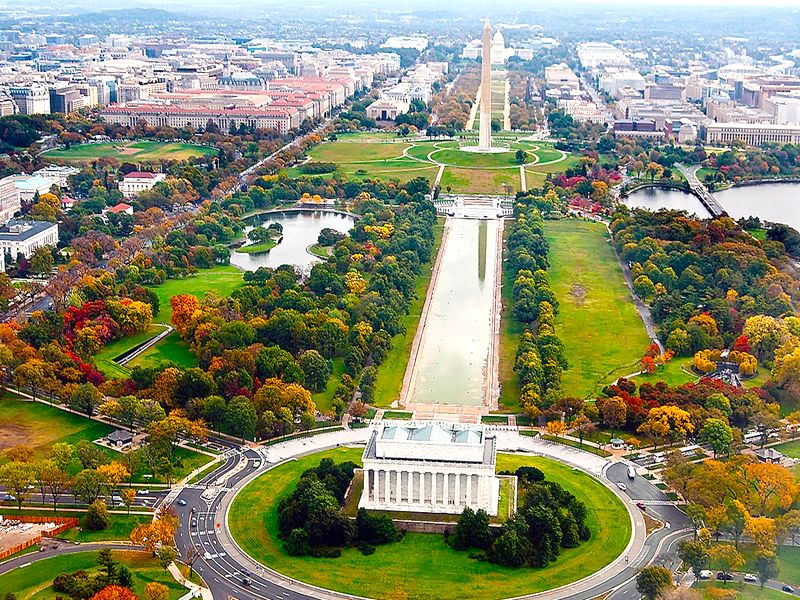 Walking: Most of Chicago’s top attractions are accessible on foot. If the weather permits, walking is the best way to enjoy the city and take in all the gorgeous architecture along the way. When mapping the route, know that 1 mile is about eight blocks.

Biking: The city has nearly 26 miles of biking and walking trails at the Lakefront. You can rent a bike from Bike Roll at the Navy Pier and Millennium Park.

Chicago Public Transport: Chicago Transit Authority comprises buses and trains. These are fast and inexpensive ways to traverse through the city. The trains are a fantastic way to see the Chicago Loop from a new vantage point.

The T Train: This is the main transit option in Boston. The T Train has four major lines, each with its sub-lines. It snakes through every prominent Boston and Cambridge neighborhood.

The T Bus:  The T’s Bus system has several lines — the Silver being the main. It’s the cheapest option to go back and forth from Logan Airport.

Commuter Rail: 12 commuter rail lines service the Boston region. Although the trains travel through Boston and beyond, its main terminals are North Station and South Station, from where you can pick up the T to go further.

Bike: Boston is one of the most bike-friendly regions in the US. Although safety is always a concern because of the region’s dense traffic, the infrastructure continues to improve, and bike rental services are also expanding.

The region’s most famous bike-share service where the riders can pick up and return the bike from the kiosk is Bluebikes. Nearly 3500 bikes are servicing in Boston across 325 stations. Two other bike-share services available in this area are Lime and Ant. They let you unlock and lock the bikes through an app.

Ferries: The MBTA runs three ferries all year round, taking passengers to the downtown Boston waterfront, the Charlestown Navy Yard, and Logan Airport (you can take the shuttle buses to get to the terminals.) There are also connections available to Higham and Hull on the South Shore. 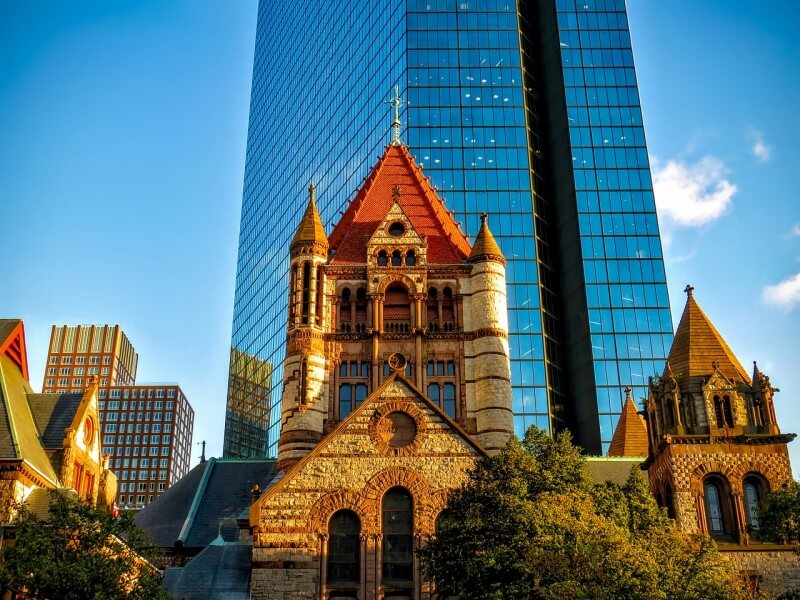 Dollar vans: These tiny buses travel from Newport Mall towards Newark Avenue, past Journal Square, and Palisade Avenue towards the Heights. There are also small buses that run between NYC and Journal Square. The fare is no longer $1; it’s now been upped to $1.50 – $2.50 depending on where you’re going.

PATH Train: This is the most used public transit system of Jersey City residents. It’s a 13.8-mile transit system that operates in Jersey City, Harrison, Hoboken, Newark, and low and mid-Manhattan. The PATH train runs four routes across 13 stations during the daytime during weekdays, and two trains run on the weekends, late nights, and holidays.

Walking: SF is a small city, making it very walkable. But the terrain is hilly, so it might be physically demanding if you’re pushing a stroller or traveling with kids. But walking is easier around waterfront areas.

BART: Bay Area Rapid Transit is the main train line in San Francisco. It’s the primary mode of transportation for those looking for a reliable commute into the city for work. The downside to BART is that it only has a few stops in San Francisco. Once you’re inside the city (the main area is downtown SF), you will have to walk, hail a cab, or hop on the MUNI System.

MUNI: MUNI is SF’s bus and metro system that runs throughout the city, anywhere from Embarcadero to Fisherman’s Wharf. When planning to take the MUNI, know your route early since you may have to hop onto another bus later.

Cable Cars: Cable Cars are more touristy, but they get you from Point A to B. They run  three lines in SF — Powell-Hyde, Powel-Mason, and California Street.

Ferry: Ferries are a convenient way to travel between San Francisco, Oakland, and Sausalito. The Blue and Gold Fleet leaves from the Fisherman’s Wharf through SF Bay. A commonly used ferry route is the Sausalito Ferry which will take you from Golden Gate back to San Francisco. Ferries going to Angel Island or Alcatraz leave from Pier 41.

Biking: Even with the steep roads, SF is very bikeable. Most streets now have bike lanes, and bike-sharing services are also plentiful. Lyft’s Bike Wheels is the most popular bike-sharing service in SF. It has bike rentals available 24/7 throughout the city. 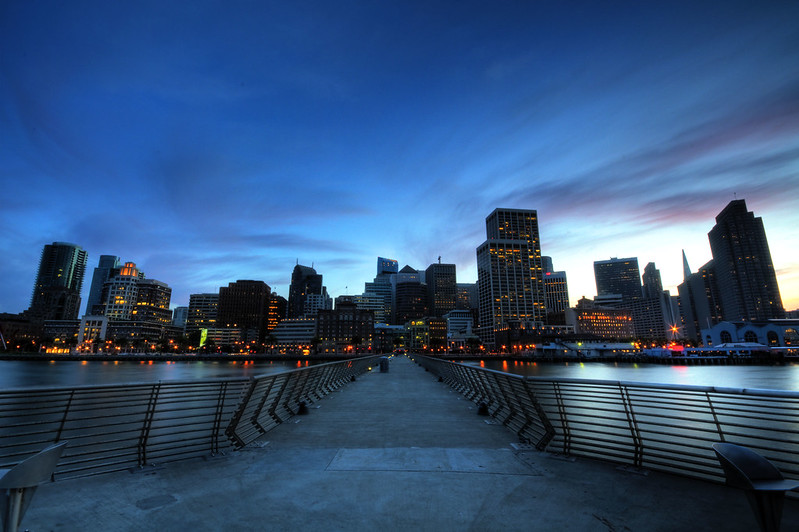 MTA Subways and Buses:  MTA is New York City’s central public transportation system. It consists of buses, subway, and ferries, with the majority of the lines operating 24/7. The subway network has 24 lines whose routes serve Queens, Manhattan, Bronx, and Brooklyn. The MTA bus network operates 253 routes and 71 express routes, with bus stops located on most street corners.

If you’re looking to go further than the five boroughs, there are MTA trains linking NYC, Long Island, Westchester, Hudson Valley, and Connecticut.

Bus: Buses from companies like Megabus, Greyhound, and Boltbus are an inexpensive way to access the significant landmarks in New York City.

Taxis: Apart from Uber and Lyft, NYC’s yellow taxicabs are iconic. They’re widely available throughout the city and are easy to hail.

Light rail and buses: The train route spans 34.8 miles from Lincoln Avenue and Parker Road to downtown and beyond, with 36 stops along the way. The RTD bus fleet is the regular bus service of Denver, which is also a great way to access different Denver neighborhoods.

Bike: Denver is among the fittest cities in the country. One reason for this is hundreds of miles of dedicated biking pathways that snake through the city.

Pedi-Cabs: Bike-taxis, rickshaws, or pedal-cabs, whatever you call them, they are a great way to get around downtown Denver.

The MARC Train: MARC train has three lines that connect Baltimore to nearby states and certain Maryland areas.

Light RailLink: It’s the cheapest way to go downtown straight from the airport or Penn Station. It stretches more North than other transportation options. If you want to go to Towson or Hunt Valley Shopping Centers, Light RailLink will take you there.

Harbor Connector: A free service that connects waterfront neighborhoods and gives you the chance to enjoy the harborscape en route.

Biking: This is the most preferred way to get around the city. The streets are lined with bike labels, and the city has an extensive trail network that reaches the surrounding parkland. You can rent a bike from the Full Cycle or Boulder B-cycle bike-share program.

Walking: Areas like Downtown Boulder, Pearl Street Mall, and the University of Colorado region can easily be explored on foot.

Metro bus: The bus system covers 95 routes throughout Miami. There are also express buses that connect Miami Beach and Miami International Airport Metrorail station to Broward County and from Metrorail to South Dade.

Trolleys: There’s free Miami, Miami Beach, and Coral Gables trolley service linking popular Miami areas if you want to attend events. You can hop on the Metrobus or Metrorail to travel to other parts of the city.

Tri-Rail: Links West Palm Beach to suburban Miami. It only runs west of the downtown region, so it may not be a practical option for everyone.

Metrorail or Metromover: These are Miami’s version of the subway. Metrorail stretches 25 miles of Miami-Dade’s most popular spots across 23 stations between Hialeah to Dadeland. Metromover spans a 4.4-mile route through and around downtown and Brickell.

Bicycling: Fort Collins is firmly committed to providing and maintaining a safe bicycling community since it’s the most popular way to get places in this city. It has an extensive system of bike lanes and trails, giving people easy access to travel on their bikes for recreation or to work.

Bus: The Fort Collins Bus system, known as Transfort, has over 20 regular routes with more than 500 bus stops. MAX Bus Rapid Transit is also part of Transfort and runs parallel to BNSF Railway between the South Transit Center and Downtown.

We hope this article curbed your curiosity about the best cities to live without a car in the US. Whichever place you pick to embark on your car-free lifestyle, you will need help to take your current belongings to the new space.

Stark Movers is a superior local and long-distance relocation company based out of Boston. Wherever your next destination lies, our team is here to assist with packing, loading, and transportation service at an unbeatable price. Contact us for a free estimate today.