11 reasons to move to Los Angeles

Los Angeles — the city of angels — is the Mecca of the television and film industry, and so much more. Home to troves of celebrities, beautiful pristine beaches, sunny weather all year-round, and its inclusive culture keeps LA well-beloved and bustling with newcomers from all over the U.S.

Sweeping coastlines and palm trees are a given. But L.A. also has many spaces laden with skyscrapers, shopping plazas, apartments, hip restaurants, and all the other quirks of a thriving metropolitan city. In that way, L.A. is a city of extremes, which ensures that there is a portion of LA suited for all personalities.

If relocating to a new city is on the horizon for you, then read on to discover the best reasons to move to Los Angeles.

LA is Huge and Magnificent

The city of Los Angeles is really, really big. Although half the size of Rhode Island, L.A. is actually California’s largest city. It is also the second-largest city in the U.S., second only to New York City. Los Angeles fits 3,967 million people within its city limits of 469 square miles. Here’s something to put its size into perspective — Paris is just 40 square miles, San Francisco is only 47 square miles, and Chicago is 235 square miles.

L.A. resides within Los Angeles County, which is 4,084 square miles and was the first-ever county in the U.S. to reach 10 million people. It encompasses 88 cities, and its mammoth size allows it to hold an assortment of geographical terrains, including forests,  mountains, lakes, islands, deserts, and rivers. 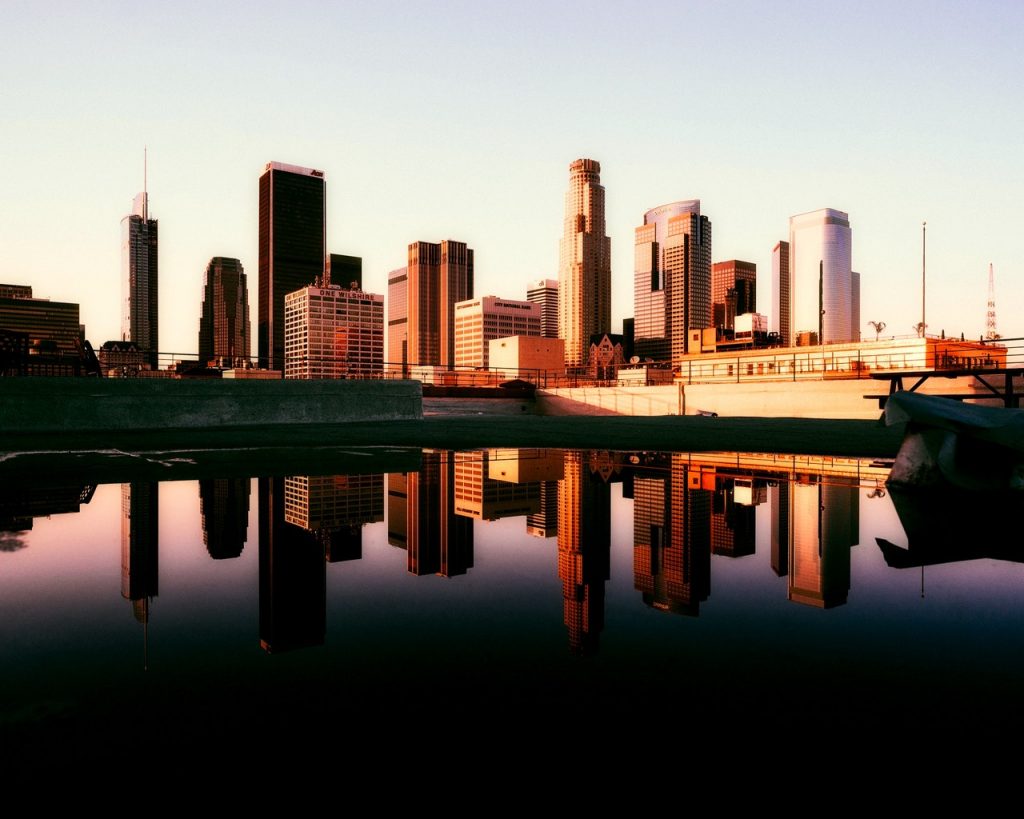 LA is an Outdoor Lovers Paradise

Whether you love living green or like being in green, L.A. is the perfect match for you. There are miles and miles of gorgeous beaches to ride the waves, stroll or sunbathe. There’s Topanga State Park and Tuna Canyon Park for those who love a rewarding hike or rugged terrains for mountain biking.

Los Angeles is also home to the iconic Griffith Park with its 53 miles of trail to explore. Go for a short drive from Pacific Coast Highway to Malibu to witness breathtaking rock formations and some beautiful Malibu beaches.

Plus, the Malibu Creek State Park, Huntington Garden, Wildwood Canyon, Rose Garden at Exposition Park are just some of the many other little naturescapes hidden within LA.

LA is an Entertainment Haven

LA is the land of endless opportunities and entertainment options. And living it up in the night doesn’t have to cost a fortune either. The Getty Center has world-class exhibits and showcases present through the building that makes up this colossal attraction. It has a 134,000 square feet garden designed by Robert Irwin and many other original iconic pieces for your eyes to treasure.

Then there’s the Hollywood Bowl, which is an outdoor amphitheater packed during the summers. It’s famously designed in a bell shape for the best acoustics and is among the best performance spots for film screenings, musicals, and orchestras.

These are just a microcosm of hundreds of exciting entertainment options LA holds.

LA has an Eclectic Architectural Spread

You can find the different styles in apartments, homes, skyscrapers to commercial buildings.  If you’re an aspiring homeowner in LA, you’ll have plenty of styles to choose from. There are Mission Revival style homes in the Hollywood Hills adorned with stucco walls, red clay roof tiles, and beautiful arches and parapets; multi-family Bungalow courts for affordable living; coveted Victorian homes in Montecito Heights, Echo Park, and University Park; clusters of Chateauesque abodes in Hollywood, Mid-Wilshire and Koreatown,  and many other gorgeous real estates.

LA  is One of the Sunniest Cities in the US

If you love the sun, you will be happy to know LA gets lots of sunshine. In fact, the warmth plays a crucial role in nourishing the city’s natural beauty, and having Hibiscus, Bird of Paradise, Bougainville, and many other vibrant and exotic flowers grace the area throughout the year.

The LA Basin borders the Pacific ocean, and the mix of arid land and water body produces a Mediterranean Climate. The day is warm, and the nights are cool because cooler air from the ocean sweeps across the Basin as the sun goes down, slowly soothing the heat as the night approaches.

Inland areas, like San Fernando Valley, are much drier and hotter than Santa Monica and other Oceanside communities. Regardless of where you reside in LA, there will be plenty of sunshine to get your daily dose of Vitamin D. 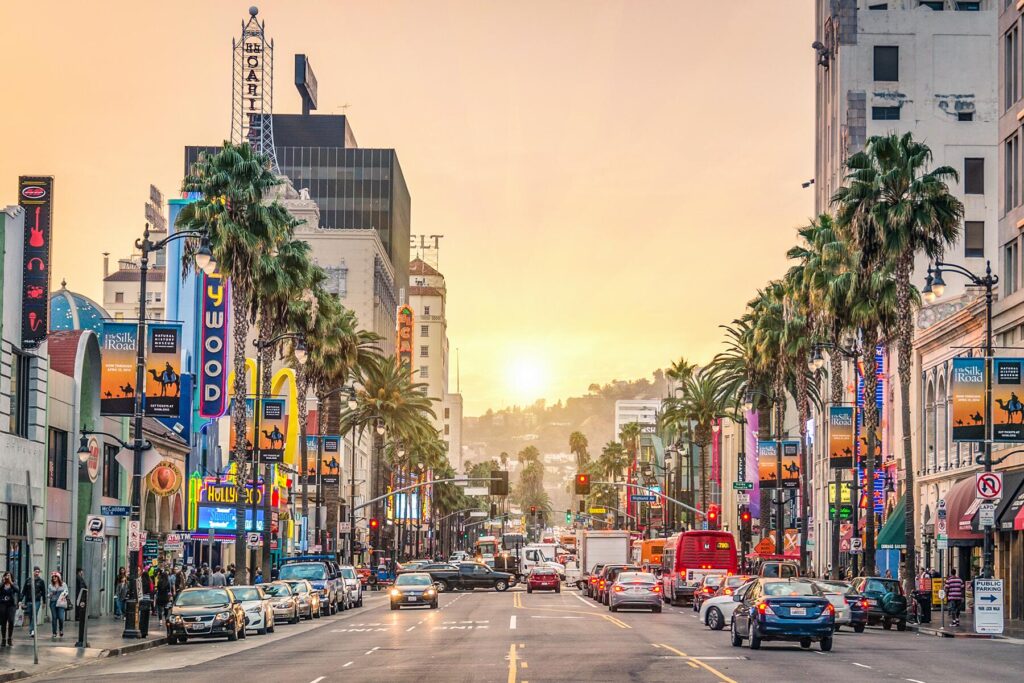 Education is a massive priority for families looking to relocate to Los Angeles. There are competitive private and charter schools for students and good public school options too. But the significant pull for this city is its incredibly robust higher educational opportunities in all domains. There are several top-ranked institutions like UCLA, University of Southern California, Mount St. Mary’s College, Loyola Marymount University, and Pepperdine university within the area.

UCLA, USC, and CalTech do some of the world’s most important research in fields like Cystic fibrosis, oncology, AIDS, schizophrenia, archaeology, astronomy, seismology, ocean studies, manufacturing automation, and marine sciences.

LA’s Hallmark is its Welcoming Culture

Everyone is welcome in LA. Its residents hail from over 140 countries; their influences can be seen across various enclaves like Little Armenia, Koreatown, Thai Town, Chinatown, Historic Filipinotown, and Little Tokyo. Other than NYC, LA might be the only other city that’s so racially and ethnically diverse.

There are at least 185 languages spoken in LA, making it linguistically diverse as well. Nearly half of LA’s population is Latino, followed by 11 percent Asian and 10 percent African American. Los Angeles is also tops in educational diversity. The only area where it lacks diversity is income, as there is still quite a gap between the rich and the poor.

Also, LA is among the most LGBT-friendly cities in the US and has a thriving LGBT community. The massive Los Angeles gay parade and festival that happens here every June and attracts more than 400,000 people.

There are specialty eateries sprawled throughout LA neighborhoods. Koreatown is famous for Salvadoran, Oaxacan, and mouth-watering Bangladeshi food, and of course, really good traditional Korean restaurants also reside here. In Northeast LA, you’ll find the city’s best Spanish food, Roman pizza slices, and wine. If you are in the mood for some authentic Chinese food, you’ll find its Mecca hidden in the San Gabriel Valley which is lined with thousands of restaurants owned by second-generation Chinese, Taiwanese, and Vietnamese immigrants. And you can find LA’s best sushi spots in San Fernando Valley, but if you’re in the mood for one delicious Japanese comfort food, South Bay is where it’s at.

LA is its Own Tech Beast (Move Over Silicon Valley!)

Years ago LA was exclusively known for its entertainment industry, now it has become the epicenter with hundreds of sizzling tech companies excited to put down roots here. It’s home to SpaceX, Tinder, YouTube, Facebook, The Honest Company, Headspace, Hulu, Dollar Shave Club, Snap, Postmates, and scores of other world-renowned and smaller companies.

Tech companies love the real estate LA has to offer, with its proximity to the beaches and surf scene, moderate climate, and most importantly, quick access to the nation’s leading businesses. Most technology workers live in the neighborhoods between San Gabriel Mountains and the Pacific Ocean. Needless to say, you will have no problem finding a high-paying job here, especially if you’re an engineer or an executive, or are looking to pivot into the tech sector.

LA has Hollywood for your Big Screen Dreams

One of the significant perks of LA is that you might be able to catch your big break in the entertainment industry. This city draws all types of creatives, like screenwriters, videographers, aspiring actors, producers, and musicians. Besides TV and movies, LA is also a major attraction for influencers, streamers, and YouTube personalities to meet like-minded content creators to collaborate and make amazing content.

If you’re in the entertainment industry or planning to launch your career in this field, LA will provide you amazing opportunities you won’t find in other cities. Los Angeles is truly a city of big dreams and big personalities chasing those dreams. The competition is fierce, so be prepared to hustle with multiple side gigs, especially if you’re just starting.

But, if you love movies but don’t want a career out of it, you will still love to live in LA — a city where you might just spot your favorite celebrity while on the run to grab a coffee, or on your usual evening stroll.

In Los Angeles, the art scene is omnipresent. From murals to countless galleries, and art spaces, you can spend hours mesmerizing at all the amazing creations of seasoned and young artists, and there will still be plenty of unseen creations left to fill your lifetime.

Art is inescapable here. There’s work adorning every nook and cranny of this beautiful city. Along with that, LA is home to powerful art institutions, like The Los Angeles County Museum of Art, the Henry museum at UCLA, the Museum of Contemporary Art, and a lot more. If you’re an art lover, you will always have a masterpiece to witness, and if you are an artist, Los Angeles will always have a muse for you with its incredible beauty, welcoming people, and endless growth opportunities.

We hope that this short list of reasons to move to Los Angeles inspires you to take the plunge to make the big move to this fantastic city.  LA is unlike anywhere else in the world — here, the minorities make up the majority, and their distinct culture continues to spring delectable foods and diverse, colorful art. It also has fantastic educational opportunities that produce a strong talent pool that can quickly find a job in its expansive tech and entertainment sectors.

If you or someone you know are moving from Boston to Los Angeles, contact us to learn about our professional end-to-end moving solutions. We will be happy to pack and transport your belongings to any of the LA neighborhoods. Give us a call for more information or an instant quote.