Reasons to move to Charlotte, NC

The vibrant downtown life is filled with family-friendly communities. Little wonder many families are moving to Charlotte at a rapid pace. Recently, there has been a huge surge in fintechs, IT, and business startups in Queen City. Thanks to the pandemic, there are a lot of jobs created in this sector alongside the aviation, automotive, and banking sectors.

Queen City is the headquarters of the NASCAR Hall of Fame, which venerates car racing, associated visual media, and interactive gadgets. The appetite for racing here is huge. Let’s explore these reasons in more detail. Shall we? 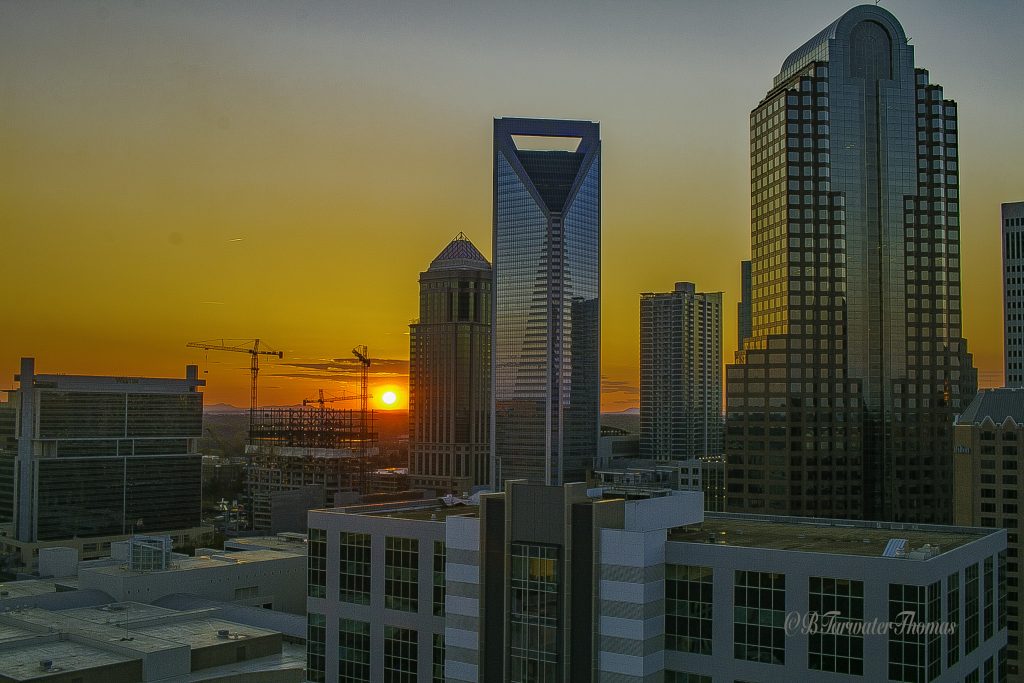 Charlotte, over the past few years, has rebranded itself from an uneventful banking town to a vibrant city with culinary creations that remind us of the diverseness of the world’s inhabitants.

No matter where you are in Queen City, you’re never far away from a wholesome meal from tried and trusted restaurants.

Barbecue and fried chicken at Mid Wood Smokehouse will leave you licking your lips for more. The confidence-inspiring 5Church Charlotte brings you tricked-out steakhouse classics and family-served sides such as Southern sweet corn and white truffle mac ‘n’ cheese. If you’re into something more spontaneous and out-in-the-open, you might want to follow a Papi Queso truck whenever you see one. The sandwich here is spiffed up with mac ‘n’ cheese, bourbon onions, pulled pork, mushrooms, and white truffle.

If you have been living in a frigid area, it’s time to consider migrating to the warmth that Charlotte offers. Blue skies can be seen all year round in the city. Average temperature of 61.5°F, while annual average rainfall is 43 inches, spread evenly all year round. Winters are generally below freezing point and summers can be quite warm, but never exceed 90°F. Fall can be usually transformative and rejuvenating. Thanks to the diverse terrain and the temperature range it brings, you can choose between living close to the mountainside or the beach.

It is sunny in Charlotte for 212 days of the year.

Only 40 days when temperatures are greater than 90°F.

Only 216 days of the year are free of frost.

To match the mild weather, Charlotte, NC has many outdoor activities to engage in. The US National White Water Center is a popular hub for a variety of outdoor sports and activities such as zip-lining and rafting, kayaking, and paddling In boisterous fashion. Other fun activities you can engage in include mountain biking and rock climbing.

Speaking of rock climbing, Crowders Mountain State Park is perhaps the best place to maximize your experience. The people here scale the rock facets in daredevil fashion. The climbers swear that the surrounding countryside cliffs are amazing. After a long, fun day, take a break at one of the park’s vast picnic areas.

The Mecklenburg County Park and Recreation Department comprises 21,000 acres of parkland sanctuary, with 210 parks and amenities for the perfect clear-the-head stroll. Heal is on its way.

If boats, sand, and water relax you tremendously, then head north of the city to Jetton Park. Jetton is a 105-acre waterfront located on Lake Norman that allows you to take in the healing salts of the beach, view boats as they go by, or ride the waves with your own boat.

Freedom Park, situated between the Dilworth and Myers Park area of town, has volleyball and basketball courts where you can exercise and feel refreshed. If you’re in the mood to unwind, take a stroll by Sugar Creek and down to the imposing duck compound as you enjoy some mellow songs. Who knows, you might be just in time to catch an event at the amphitheater behind the park.

Comfortability, convenience, and innovation embody the neighborhoods of the Charlotte area. There’s Downtown Charlotte (ironically referred to as Uptown), Meyers Park (for the ultra-wealthy), and exurbs like Gastonia or Lake Norman, which offer something experiential, whether it be the lakes or the mountains.

If you’re feeling particularly upscale, storm Merchant + Trade inside Kimpton Hotel. It’s a 19th-floor rooftop lounge that has great seating areas, professionally crafted cocktails, and Carolina beers as you enjoy a panoramic view of the city.

Loyalty is when Charlotte dwellers rally behind their home sides. Join passionate Charlotte locals as they support their favorite sports teams like the Football’s Carolina Panthers at BofA Stadium, Basketball’s Charlotte Hornets at  Spectrum Center. Both teams are in the Uptown neighborhood, so make a quick stopover there after work if you decide to live in Uptown.

The club was founded by former pro football player Jerry Richardson and has called Uptown Charlotte home since 1993. Every game day, Panthers spectators inside the Bank of America stadium look on as club mascot Sir Purr gives the hammer to an assigned pounder when strikes the “Keeping Pounding” drum to indicate the commencement of the game. Panthers were traded to David Tepper in 2018 for an NFL-record $2.2 billion.

Charlotte’s affinity for basketball stretches back to 1988 when the Hornets were one of the first four teams drafted into the league. In 2006, basketball legend, Micheal Jordan became minority owner and general manager of the team. In 2010, he took over the team, now called Bobcats, and abdicated his general manager position. Charlotte went on to finish the 2009/2010 season with the first winning record in franchising and the team secured its first playoff slot.

Professional baseball came to this city in 2014 when the newly completed Ballpark opened and the Charlotte Knights relocated from Fort Mill to Uptown. Truist Field as it’s also called is the home of the Knights and a great place to enjoy a warm summer evening in Charlotte.

With over 85% of percent of NASCAR teams making the city their home, Charlotte is a racing hotspot. Charlotte Motor Speedway is located near Concord. The NASCAR Hall Of Fame receives regular visits from Nascar Hall of Fame inductees and current drivers.

The cost of living in Charlotte, NC is just below the national average. The cost of housing is a sweet 4% below. With this, you’ll be able to live comfortably with all the utilities the city offers. Alongside affordable rent, Charlotte’s utility costs are moderately priced.

Ensure you have sufficient cash to go about in your newfound neighborhood. We recommend following the 30% rule. Make an attempt to spend only 30% of your total income on groceries. So, if you earn $5,000 a month. Aim to spend no more than $1,500 on rent.

Charlotte has one of the most affordable big city housing markets in the US.

The median home price in Charlotte is $240,000.  For lower housing units, the Median rent price comes in at $1,200 for a one-bedroom and $1,400 for a two-bedroom apartment. On average, residents pay about $140 for utilities such as electricity, air conditioning,  and heating.

To rent an apartment in Charlotte, come with your ID, and other paperwork to secure the best bargain. But, there is more to living in this city than just paying rent. You need to consider your lifestyle interests. From day trips to game-day tailgating and pub crawls, Charlotte is a great place if you want a memorable weekend at the beach or a hike in the mountains. 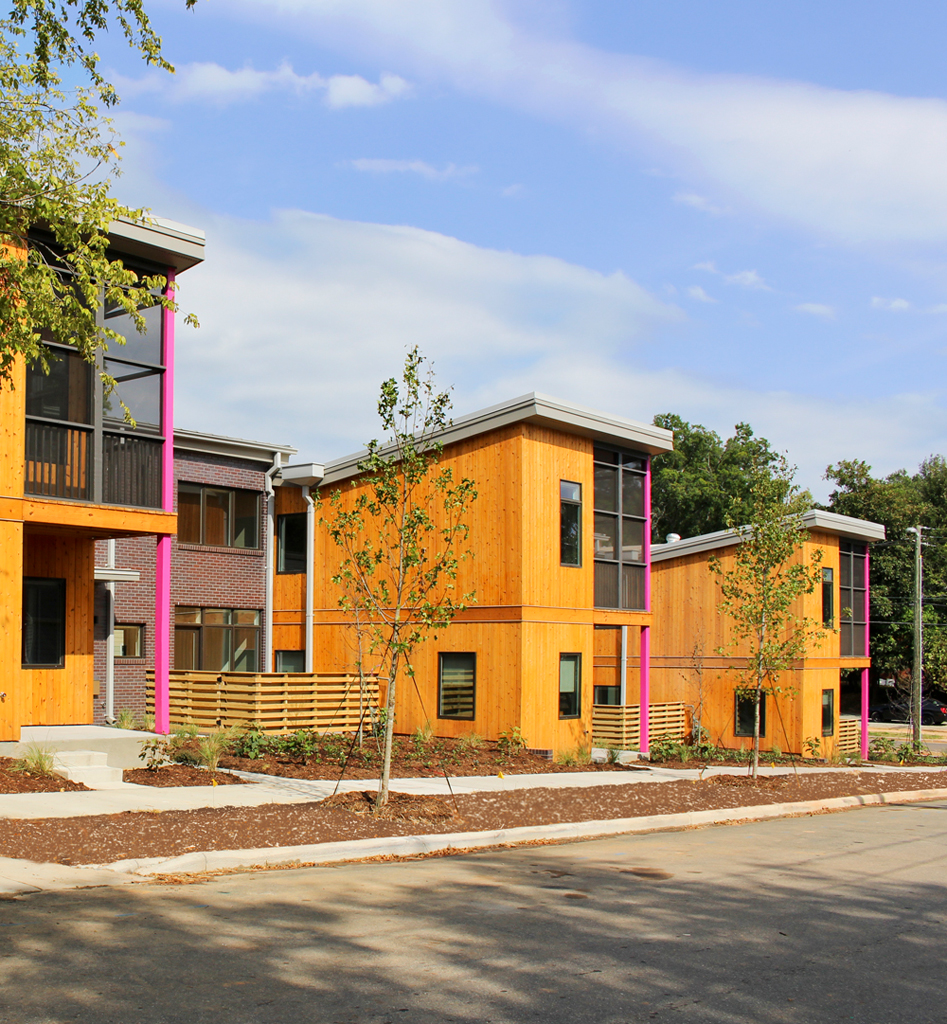 Over the last 10 years, the economy of North Carolina has been on an absolute tear. Queen City is experiencing unbridled growth, so much so that it has outperformed the national economy for much of the last decade. This expansion has catalyzed the demand for homes and their value in the city.

Mainstream industries include automobiles, banking, motorsports, and energy. If you feel like joining forces with the titans of industry, the job market is sizable and rewarding with competitive salaries and tax rates.

Many of the job positions at six Fortune 500 companies are domiciled in Charlotte Metro. These include Bank of America, Sonic Automotive, Duke Energy, Lowe’s Nucor, and Brighthouse Financial. The city also holds the number 5 spot on the Forbes List for the best city to work in America.

Charlotte and North Carolina have 40,000 engineers on their payroll and over 400,000 skilled production workers. Since 2010, the automotive industry has surged by 30%. Year after year, there is a lot of funding and development in product research, testing, and development at the North Carolina Center for Auto Research (NCCAR).

The aviation space, in particular, has been on a steady incline. This is due to the availability of precision plastic and metal instruments. Transportation and aerospace segments work hand-in-hand here as the city has a well-documented aviation history and a lot of military bases.

Construction and real estate are on a tear. Even during the pandemic, the city CBD is the 5th busiest due to a rapid office block construction drive. Large companies command a huge workforce, and this gives way to a rapid influx of new residents and a population explosion.

Of particular mainstream, interest is the growth of IT services, fintech, and startups in the city. IT jobs and associated services are springing up everywhere. Venture Capital (VC) funding is up by 140% over the last two years. The tech scene is absolutely on fire. Biotech companies are also seeing an expansion with so many international biotechnology firms domiciled here.

9. Education is a central theme

Education is at the front-burner here. Charlotte has astounding schools and universities.

It’ll interest you to know that the Charlotte-Mecklenburg area is the largest school district in the area with 169 schools and about 150,000 students K-12.

After higher-level learning, most erstwhile students of Johnson & Wales University, Queens University, and Davidson College prefer to stay on due to sizzling job market expansion.

Transportation-wise, Charlotte is a driving city, but the city’s fast-developing LYNX light rail system is making local travel easier. Also, the development of B-Cycle, a bike-sharing innovation, has made Charlotte more manually accessible.

Ridesharing options like Uber and Lyft have become commonplace. They make passing up on owning a car a trend. Taxis are available too, but they’ll be pricey.

The City of Charlotte offers all the convenience you need to make a successful move. What’s not to love? A Stable economy drawing thousands of jobs and investors yearly, affordable housing, good food, lots of nature parks, entertainment and relaxation centers, high-performing schools, high salaries, and lots, lots more. Make that bold move to Queen City today. You’d be glad you did.