Reasons to move to Florida

0
Stark Moving and Storage IncBlogMoving toReasons to move to Florida

Fun-loving Florida is quaking with creativity, from mural-covered urban centers to beautiful beach towns. All around this city, new residents are never short of something to see or do. The people come from a plethora of cultures, add that to its tropical weather, friendly people, robust infrastructure, and fused cuisines in lavish settings, and what you’ve got is a multi-sectoral economy that rewards every participant.

1. A ton of interesting sites

The lure of Disneyland, Universal, Legoland, Dinosaur World, Daytona 500, and other theme parks is an ode to the enchantment that Florida brings. The beach towns are a Mecca to tourists as they exude a super-cool atmosphere that stretches wide across the state.

In Miami, new entrants will discover a strong Latino population. Its Hispanic heritage provides the bulk of the buzz that compliments the huge geriatric presence.

Let’s look at some of the entertainment centers you can visit in the city more closely.

The Daytona 500 car race is the zenith of Nascar sportsmanship. It takes place at the Daytona National Speedway in February as a way of unveiling the new racing season. Daytona 500 spans 500 miles and tickets can be expensive.

Kennedy space center is a NASA stronghold and one of the best locations for space-heads in the city. At Kennedy space center, one has so much to learn. Find all sorts of machinery and relics associated with space exploration like rockets and space memorabilia.

This location should be included in your bucket list of places to visit as you plan to relocate. It promises to be full of excitement, the kind no child would forget easily. At Disney World, experience the mystery, magic, and charm of Disney up close in Orlando. 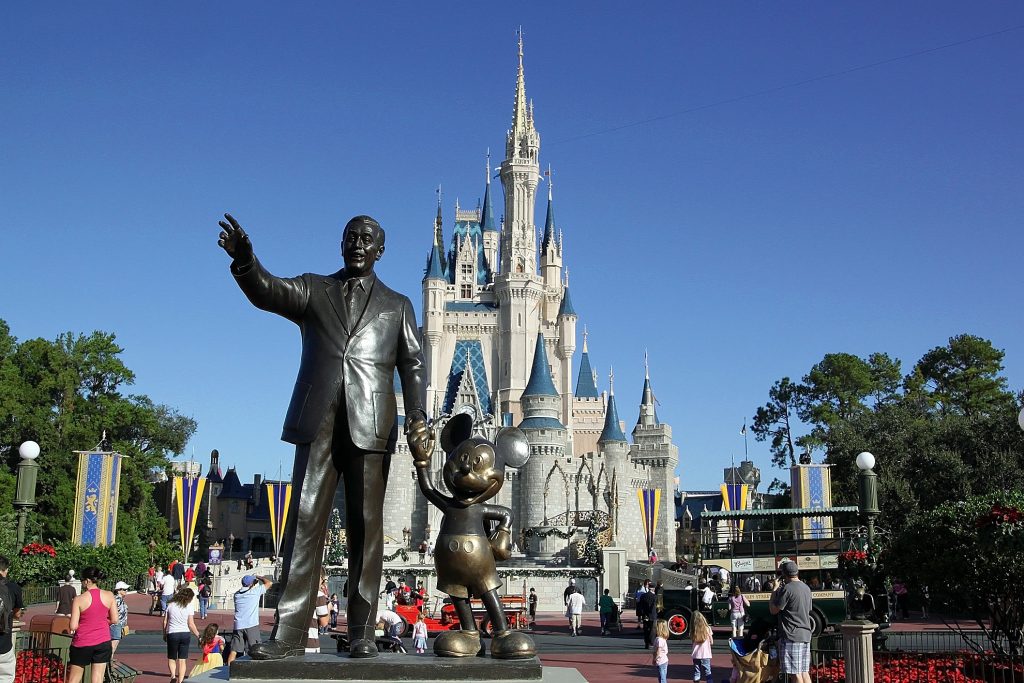 Legoland is a nice pick for one of the fun things to see in this city. Everything in this 145 acres of land and 50 rides is lego-based. In Legoland, tourists get to see a waterpark, tours, rides, places to make Lego creations, shows, and huge Lego mascots. Feed yourself with excitement as you traverse the botanical garden and hotel. The hotel is actually a lego-themed room with wizards, pirates, ancient relics and lots more.

Discovery Cove is a den for lovers of aquatic animals. Situated in Orlando, the entertainment hub allows visitors to interact with the ever-lovable dolphins. Talk to, stroke, and play with these exciting mammals.

Scenic beaches are a big draw to the State of Florida. With no less than 660 miles of beaches, your new home could be right along Delray, Clearwater, and Palm Beach, who knows?

Cycling and skiing are some of the activities that one can partake in. Set sights on breath-taking views, as well as paths leading to panoramic views of Miami.

Pensacola Beach is a great holiday destination for everyone to relish. Party at one end of the beach, partake in some watersports, and savor some delicious seafood dinner at the other end.

Casino Beach is the most popular beach with its many facilities, and a beautiful pier along which you can take a stroll while watching the sun wind down on the gulf of Mexico.

For a more village-side look, visit Grayton beach. Although it may not have the entertainment and nightlife shazam of the city, it is considered one of its best beaches. Scuba diving and snorkeling are some of the activities you can engage in. Might we add that it is home to the underwater museum of art, where visitors can take a plunge to navigate.

If you’re a sports fan or athlete and you require that the state you’re moving to has a lot of sporting events, then Florida has been waiting for you. 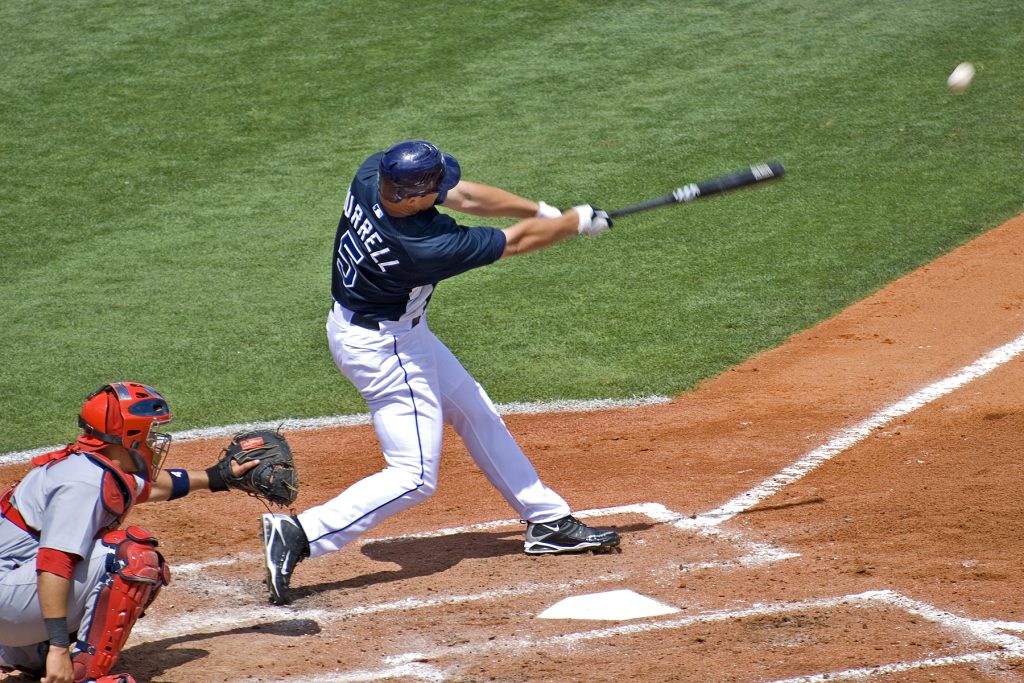 While we may be swooned over by Florida’s lovely beaches and theme parks, it is important to appreciate the unique cuisine and dining treatment that only the Sunshine State can offer.

These are two of the state’s favorite fish dishes. Snapper is a delectable, light, and healthy meal, loved by the locals, while Grouper is matched with citrus, roasted, and can be prepped in a sandwich.

We’d be doing a great disservice to Florida if we didn’t mention its world-famous citruses. The oranges, tangerines, grapefruits, and tangelos here are some of the juiciest and flavorsome ones on earth. No state produces more citrus fruits than Florida. The residents love to make fresh juice with them for their morning wake-up, pair them with seafood in the afternoon, and squeeze them into their evening cocktail.

Florida has a strong, tourism-driven economy that powers over 1 million jobs in the tourism and hospitality segment. Agribusiness is also an essential part of Floridian activity (the state churns out up to 70% of the Oranges in the US). Its subtropical location makes this possible.

Here are the top economic activities in the city:

The city received over $70 million visitors in 2020, a 35% drop from 2019 due to coronavirus.  However, as of August 2021, the Department of Economic Opportunity suggested that 8.6 million people employed in the city of which 1.1 million were in tourism and hospitality. This makes it the biggest workforce in downtown Florida.

The city has a warm, subtropical climate that provides up to 200 days of extra planting season compared to the rest of the country. Average annual rainfall is high and increases crop yield. Top agricultural produce here include citruses, vegetables and nuts, melons, field crops, milk, and livestock.

The city’s famed agricultural scene registered $8.7 billion to its economy in 2020.

Export success is attributed to strategic geographical location and deft city planning. For this, most companies are a short distance away to any of four major cargo ports in the city. Such opportunities allow small businesses to export their products abroad and thrive.

6. Affordable housing and cost of living

Everywhere you look in Florida, you will find a housing development going on. This demand pressure has forced real estate prices to increase progressively. The price of a home in Florida as of summer 2021 is  $313,200. This figure represents a 20+% rise compared to the previous year.

Living in this city is as expensive as it is to live anywhere else in the country. Based on reports from the Bureau of Economic Analysis, goods and services here cost 0.6% more than they do across the country on average. When placed on par with other states, Florida sits at 15th overall when it comes to the cost of living. 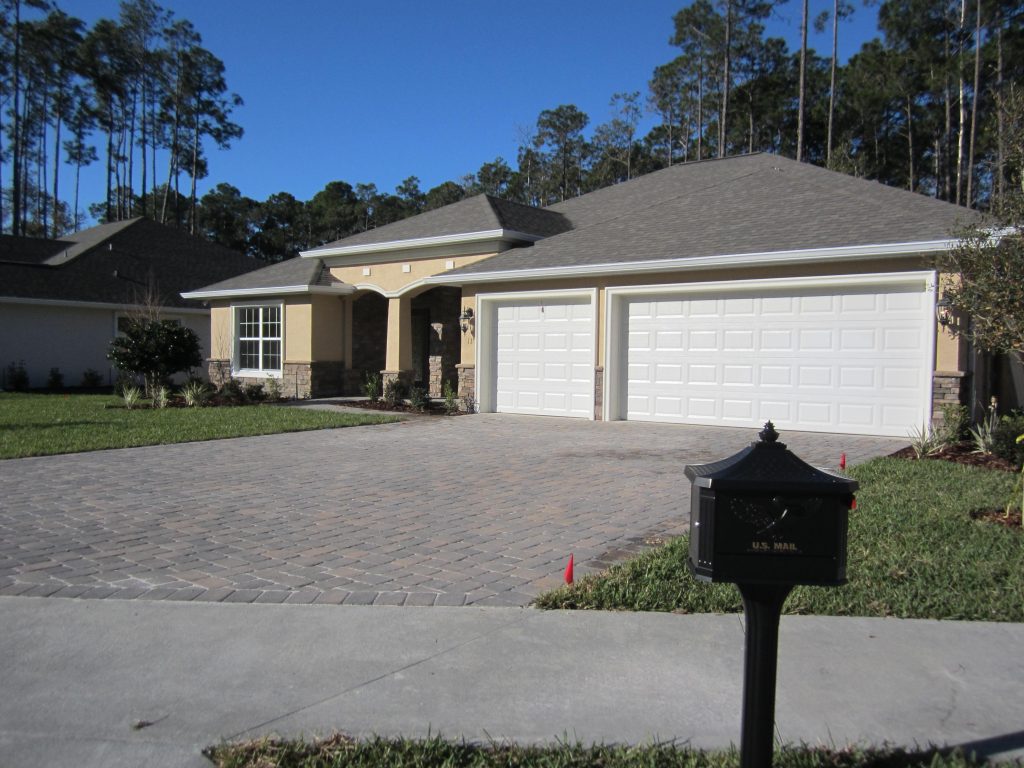 Florida’s unemployment rate is expected to slip to 5% by the end of 2021. This is an improvement from the 13.8% recorded in April when the state was shut down.

Ironically, the pandemic has made Florida a more attractive residential destination. You don’t pay income tax here. Who’s going to tell me that zero taxes aren’t a top lure into this city? Based on this, the CFO of Florida, Jimmy Patronis was alarmed by the volume of people from New York and New Jersey abandoning their homes for Florida, a whopping 900 persons per day!

In addition to the tax cushion on your cost of living, a 5% tourist tax is levied for rental properties and hotel stays that are 6 months and under.  So, as soon as you move to this city, don’t forget to thank the good tourists for paying what should have been your taxes.

9. So many schools and Universities

Schools are ubiquitous in Florida. You will find that up to 4,200 schools where you can invest in your kid’s future. The Florida Department of Education claims that student achievement is on the rise and graduation rates are on the up. It also asserts that it is committed to creating manifold educational options to prepare them to scale the hurdles of university, career, and life.

US News and World Report has ranked Florida the #1 state for higher education for three consecutive years.

Florida gets the full benefits of a temperate climate. This not-so-hot-and-wet climate dominates around 200 days of the year and gives rise to the colorful tropical plants that garnish the parks.

The average temperature during winter season is about 20 degrees Celsius. This temperature may rise by as much as 25 degrees Celsius. It is normal to experience frost in January and February. You may need a jumper during the day or a lined windbreaker at night. The city has early and warm springs, and long falls, which may last well into December.  Except Sapphire skies, low humidity, and occasional drizzle.

Summers are long, hot, and humid. Temperature across the city are 30 to 50 degrees Celsius on average during June, July and August. The mornings are cool, while the day’s heat spray comes by early morning and mid-afternoon.

Thunderstorms are rife here. The city has the greatest number of thunderstorms in America. Average rainfall is 50 to 60 inches. Wet season begins late spring, usually between May and June, and ends around November.

The state of Florida opens new residents up to a new world of possibilities, especially as human activity escalates once again after the coronavirus scourge. Moving to Florida is a great option for you and your family considering the affordable housing, scenic beaches, a bevy of theme parks, great cuisine, jobs, and sports activities available. With all these perks examined, we are confident that you will have no trouble relocating.