Moving from Boston to Denver

Stark Moving and Storage IncMoving from Boston to Denver

Denver, officially the City and County of Denver, is the capital and most populous municipality of the U.S. state of Colorado. Denver is located in the South Platte River Valley on the western edge of the High Plains just east of the Front Range of the Rocky Mountains. With an estimated population of 727,211 in 2019, Denver is the 19th-most populous U.S. city, and with a 21.17% increase since the 2010 United States Census, it has been one of the fastest-growing major cities in the United States. The metropolitan city is located in the middle of the extensive Southern Rocky Mountain Front with Cheyenne, Wyoming, to the north and Albuquerque, New Mexico, to the south, this rapidly growing region has a population of 5,467,633, according to the 2010 United States Census. The Denver downtown district is immediately east of the confluence of Cherry Creek with the South Platte River, approximately 12 mi (19 km) east of the foothills of the Rocky Mountains. Denver is named after James W. Denver, a governor of the Kansas Territory. It is nicknamed the Mile High City because its official elevation is exactly one mile (5280 feet or 1609.3 meters) above sea level. The 105th meridian west of Greenwich, the longitudinal reference for the Mountain Time Zone, passes directly through Denver Union Station. 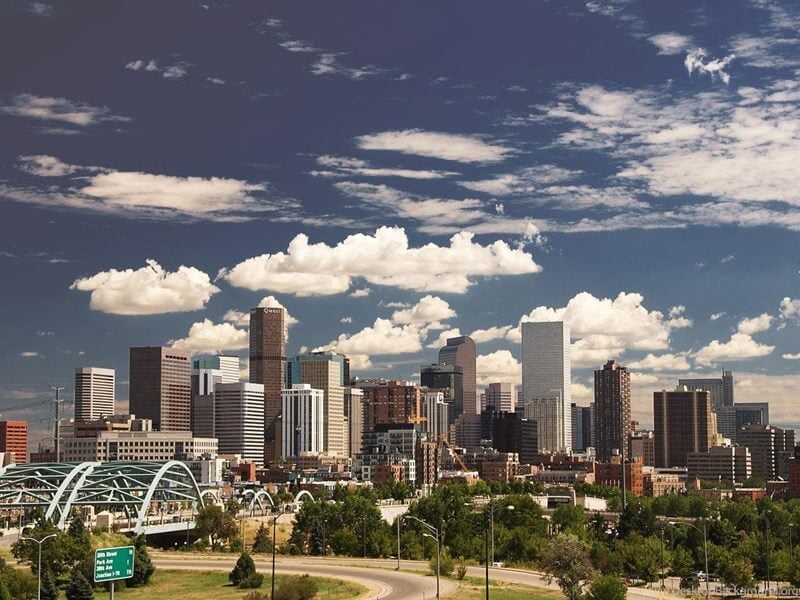 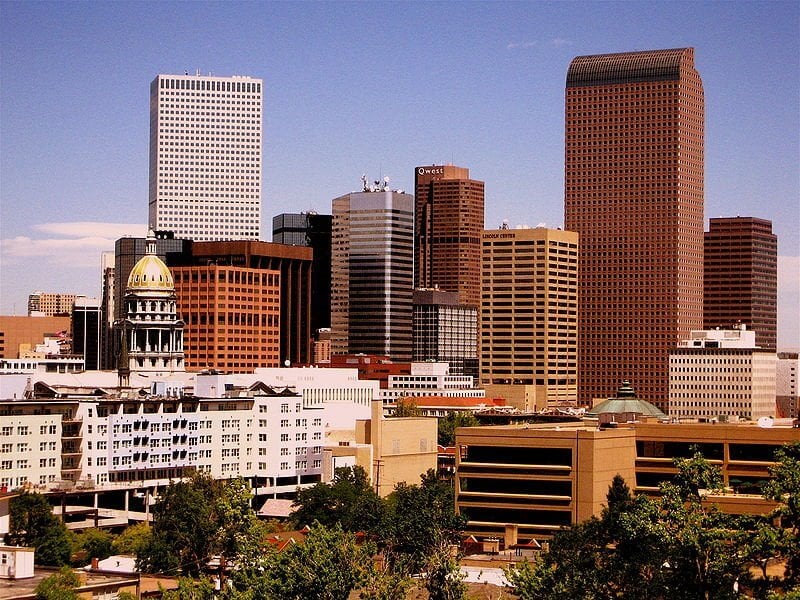