The Ultimate Guide for Moving to San Francisco

Do you have an upcoming move to San Francisco? Home to the Golden Gate, Silicon Valley, and the Gold Rush, SF is a city full of hope, opportunities, and oddities (it really stands apart from the other cities in the United States).

It welcomes millions of people every year from across the globe. And, with great restaurants, low unemployment rate, many green spaces, and world-famous landmarks, people often decide to stay out and call this city home.

If you’re moving to San Francisco, you likely have questions — this guide has the answers for you. Keep reading and get to know the Golden City more.

The city and the port of SF are located within San Francisco County, California, between the San Francisco Bay and the Pacific Ocean. It is also the financial and cultural epicenter of the country.

San Francisco is very tiny — 7 miles by 7 miles. You can walk end-to-end in a day. And with 874,961 people residing here, SF is the 16th most populous city in the US and understandably congested.

San Francisco sits perched atop 40 hills, the most famous being Twin Peaks. People reside in different neighborhoods depending on their backgrounds or income. You’ll find immigrants from Russia, Germany, and Japan living in their tiny communities, while the wealthy reside in Victorian houses and villas overlooking the bay.

San Francisco has a Mediterranean climate, with an overall average temperature of 56.4°F. It receives more rainfall during winter (especially in February, it can rain for six days) than in the summer months. Throughout the year, this city gets 58.6 days of rainfall.

September is the warmest month of the year, with the temperatures hovering around 71.3°F, and the coldest month is January, with an average of 46.4°F.

If you’re coming from somewhere with four distinct seasons, be ready for confusion. June, July, and August — the months when the rest of the cities are experiencing peak heat, you will find San Francisco swaddled with thick fog (it’s got a name — Karla the Fog). You will need to layer up and break out your winter jacket, beanie, and scarfs to stay warm. Once the fog lifts, though, around September, you will find most of the city soaking the Golden sun in one of the 220 parks.

There are dozens of exciting events happening in San Francisco throughout the year. Here are 9 of them:

The Bay Area’s job market is abundant with job opportunities. SF residents earn significantly higher than those in other metropolitan cities, and the job also requires advanced degrees. Bay Area’s leading industries are as follows:

Unlike most places in the US, children in SF don’t attend public schools based on where they live. This is done to have an even demographic across all schools based on race, income, and other factors.

There are also many private schools in SF. Getting your kids admitted to a private school requires testing and interviews. Most private institutions here are expensive, but Catholic Schools are a more affordable alternative.

San Francisco also has several international schools, which expat parents usually favor. These schools accommodate students who are following a different curriculum in another country. There are French, German, and Chinese-based schools, where students are taught in their home language.

Here’s a breakdown of SF schools:

There’s San Francisco State University that has approximately 30,000 students. This institution offers Bachelors, Masters, and doctoral degrees in over 100 courses.

The City College of San Francisco is the largest community college in the country, with 100,000 students. 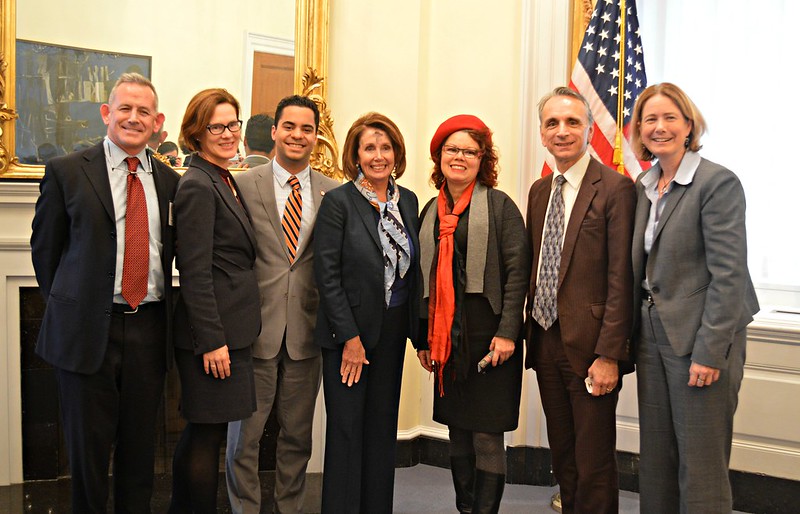 Getting Around in San Francisco

t’s easy to get around San Francisco even if you don’t drive or don’t own a vehicle. But to do so, you will need a Clipper Card.

Clipper Card looks like a plastic credit card with the Clipper logo. These don’t expire, and you can put in as much (or little) money as needed in the card. Once funded, you can use this card to travel on buses, BART trains, ferries, and cable cars.

With that out of the way, let’s get you familiar with the city’s excellent transit system. SF’s public transport includes the following:

Plus, SF has a rail line, known as F-line,  with antique streetcars representing other cities that courses through the Castro District, Ferry Building, Embarcadero, to Fisherman’s Wharf. These streetcars are more fun to ride than the standard ones, but the fares remain the same for both systems.

Similar to Subway, these trains run underground in San Francisco and only emerge above ground in the city’s outer limits.

The SF and Oakland airports are connected to BART trains, making airports an easy commute from the city.

You can use your Clipper Card to access the BART network, or you can purchase a monthly pass for unlimited rides in the BART.

Top Things to Do in San Francisco

Situated along the crystal blue ocean, among beautiful rolling hills and the glorious Golden Gate Bridge lies San Francisco — one of the most renowned cities in the world. The sightseeing options here are extensive. Other than the landmarks, there are numerous parks, beaches, and museums for you to explore. 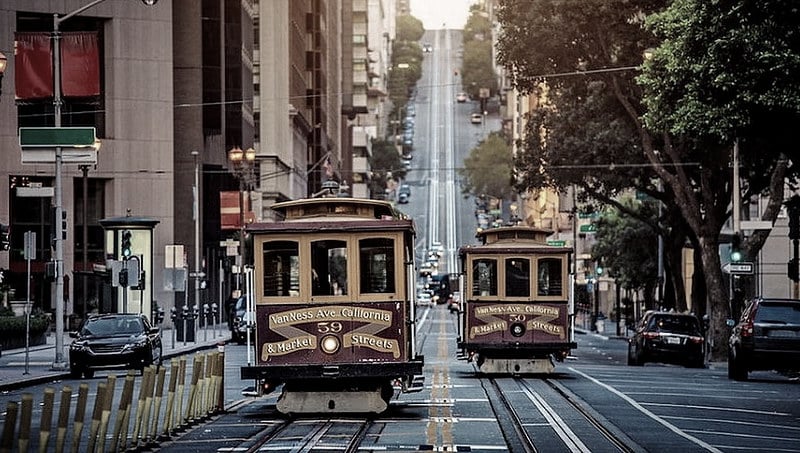 Inside the building, you will find a museum, rainforest, planetarium, aquarium, and more. The aquarium has 38,000 live specimens and a 25-feet coral reef. The rainforest is four floors high and has many animals and amphibians. You can see fish swimming overhead as you go down the glass elevator.

We hope this guide helped you get to know San Francisco a little better. If you or someone you know is moving to San Francisco and needs packing, loading, and transportation assistance from a reputable relocation firm, don’t hesitate to contact us.