Ultimate Guide for A Move to Dallas

Dallas is the fourth largest metropolitan in the US: it spans 343 square miles, within which reside 241,162 people. It is the leading business and financial center in the Southwest and the number one tourist destination in Texas.

This city has been steadily growing at the rate of 1.36% annually. Its proximity to Fort Worth and other cities is combinedly known as Metroplex, which is touted as the Silicon Valley of Texas due to the cluster of prominent tech companies that are based here.

If you’re considering a move to Dallas, this guide is a must-read. It strives to introduce you to the different aspects of D-Town. 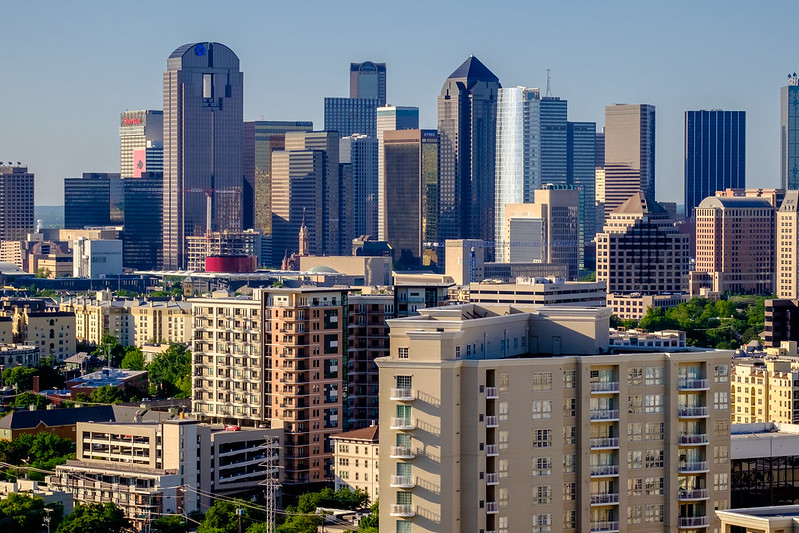 The temperature in Dallas varies between seasons. The city experiences mild winters and scorching hot summers, but the humidity level isn’t as bad as other Texas regions. July and August tend to be the hottest months of the year, with temperatures rising to triple digits. December, January, and February tend to be the chilliest.

Here’s a quick overview of what climate to expect each season:

2. Is Sports a Big Deal in Dallas?

Dallas takes sports very seriously. Just take, for instance, the Super Bowl — it’s a social event, with families and friends coming together, rooting for the Dallas Cowboys to bring home another win.

But, if you’re tired of being a spectator and want to play yourself, you’re in luck. There are recreational opportunities available throughout the city for tennis players, swimmers, golfers, and boaters. Or, if you’re more of a team sports kind of person, join a local flag football or dodgeball team. You will definitely make some friends along the way!

3. What Are The Best Neighborhoods In Dallas?

Dallas neighborhoods are as eclectic as the population it inhabits. Whether you want a condo right above a gallery, one in the middle of a bustling nightlife, or a simple house with a yard, there’s a neighborhood that’s a perfect match for you.

Here’s is an overview of some of the best neighborhoods:

Uptown is most favored amongst young singles and 20-something white-collar professionals who work in the Downtown region. Most residents here have a bachelor’s degree or higher. The median home value in uptown is on the higher end of $450,000, but the short commute to attractive job opportunities Downtown may make the extra price worth it.

Despite the scores of art galleries, eateries, over 60 boutiques, bars, coffee shops in this neighborhood, Bishop Arts still maintains a small-town vibe. This neighborhood is full of young singles, those in their mid-30s, and young families.

This neighborhood is very walkable and pet-friendly. The streets are lined with trees, and there are running trails along with parks, giving the residents plenty of safe space to enjoy the outdoors. Also, Oak Lawn provides an easy commute to Downtown Dallas, Love Field, and the Medical District.

4. Dallas Transportation: Getting Around Dallas

You’ve several options when it comes to getting in, out, and around town.

Most of the schools here are top-notch; nearly 242 high schools constantly make the top ranks of the best schools in all of the United States.

Before relocating, make sure to consider the cost, the distance of the school to your home and workplace as well, along the curriculum and teaching style followed by the school.

Dallas doesn’t lack options when it comes to higher education. The city has several universities, colleges, and trade schools offering competitive programs in different concentrations. It has just below 25 public and private colleges and universities. Even though some institutions are named after specific religions like Texas Christian University and Southern Methodist University, they’re open to students from all faiths.

The best colleges in Dallas are:

These schools are competitive and require high ACT/SAT scores for admission. But they do have lower tuition, especially for in-state students.

6. What Can You Do For Fun In Dallas?

Whether you’re an introvert or extrovert, Dallas has an assortment of indoor and outdoor activities to keep you entertained.  Here are a few:

What Are Some Fun Things To Do With Kids In Dallas?

Dallas is overflowing with indoor and outdoor activities for children of all ages. Its eclectic bag of kid-friendly activities ensures that the little ones stay curious, excited, and always learning. Here are some options:

8. Are There Culture Institutions in Dallas?

One of the hallmarks that makes Dallas so unique and effective as a community is its diversity. Much like New York, Dallas is a microcosm of immigrants. You will find people from all different backgrounds in your neighborhood and workplace. If you feel like expanding your mind by surrounding yourself with art and cultures, here are some venues to help with that:

9. How Is The Job Market In Dallas?

Dallas is an important economic sector in the United States. It has a busy job market with positioning’s opening as soon as one gets filled. Its growth rate is twice the national average, making it the fastest-growing economy in the nation. About 24 Fortune 500 companies have their headquarters in the Dallas-Fort Worth Metroplex – AT&T, Exxon Mobil, McKesson, Energy Transfer Equity, American Airlines Group, Southwest airlines, CBRE Group, and more.

When it comes to the job market, the top industries are healthcare, education, technology, financial services, and defense. The largest employers in this area are Baylor Scott and White Health, Lockheed Martin, University of Texas Southwestern Medical Center, Medical City Healthcare, and Bank of America.

With the proper credentials, your chances of finding a job in Dallas are high. If you are interested in finding a job at one of the more prominent companies, we recommend using job search engines like indeed.com and monster.com to find the right position.

10. What Are Some Annual Events in Dallas?

Whether summer, fall, spring, or winter, Dallas has plenty of events to bring families and communities together all year round.

11. What Are Some Must-See Landmarks Near Dallas?

Dallas’ history is deep-rooted in farming, ranching, and oil.  Here are some of the noteworthy landmarks every Dallas resident should visit:

Overall, Dallas is pretty safe. But due to its high population, it, unfortunately, sees an uptick in crime rates. We recommend keeping your valuables at home or out of sight when traveling in crowded tourist spots or public transportation.

Pickpockets aren’t common in Dallas, except when it comes to public transportation, bus, railway station, and the metro. So keep a close eye on your belongings on public transport. Be extra vigilant when traveling through South Dallas, West Dallas, and a few parts of East Dallas.

We hope this guide gives you a thorough overview of what constitutes Dallas. It’s a city of amazing opportunities that we are confident you’d love.

If you need assistance moving to D-Town, the Stark Team would love to help. Our team is equipped for short and long-distance moves throughout the US. We can help you pack, load, and transport all of your belongings to anywhere in Dallas at an affordable rate. Contact us for an estimate.