Reasons To Move To Atlanta

0
Stark Moving and Storage IncBlogMoving toReasons To Move To Atlanta

Let’s look at 11 reasons why we think moving to Atlanta is a great idea. 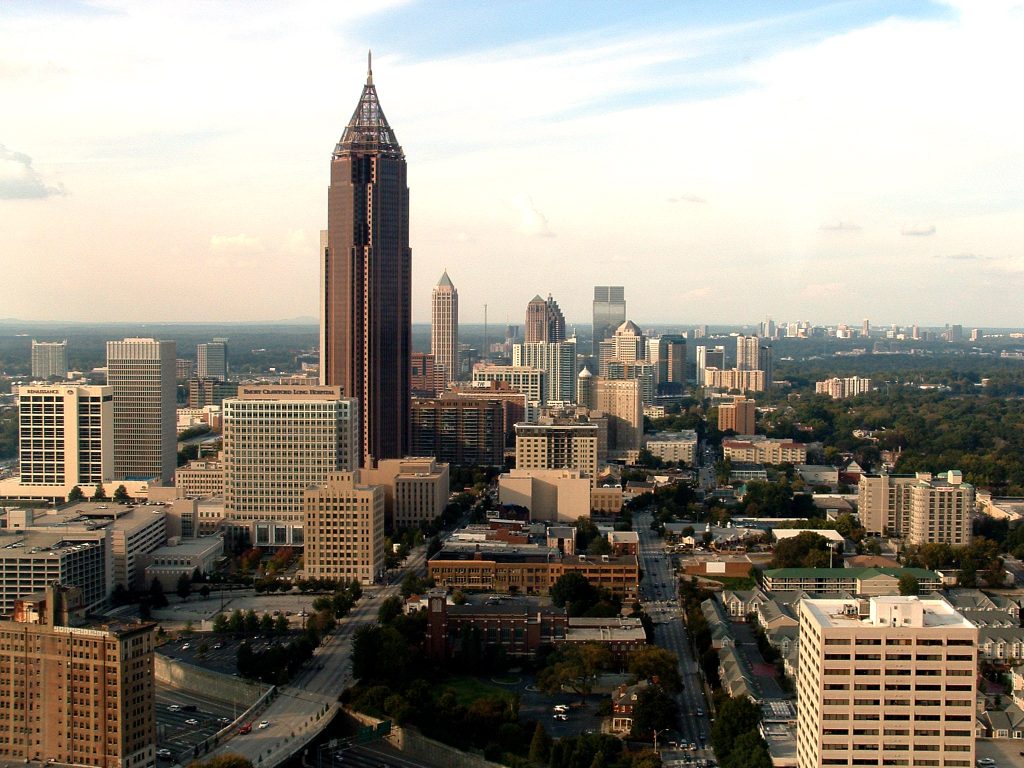 Atlanta, Georgia, has a solid history that makes it a treasure find for history lovers. The iconic Martin Luther King Jr., and other notable figures were born here. It was established in 1837 and had a significant role in the history of America. According to historical facts, ATL was once burnt to the ground during the Civil War. It was later rebuilt and became a major center of the Civil Rights Movement in the 1950s – 1960’s.

Atlanta embodies everything good about the South. Even though many of its residents hail from other parts of the country, Atlantans are known for their friendliness. On the street, everyone will wave, so don’t be surprised if a stranger approaches you and starts talking. No one here is quick to judge because this is such a laid-back place. If you’re a newcomer to the area, you’ll be struck by how friendly the locals are. If you’re coming from a city where people are less friendly, this may come as a surprise at first, but you’ll find that most of the people you encounter in Atlanta have good intentions. It’s because of the laid-back and welcoming atmosphere that living here is such a pleasure. You will likely be relocating to Georgia’s largest hub if you are moving there.

Get ready to enjoy some of the best classic southern comfort food, such as barbeque, peach cobbler, homemade pecan pie, pimento cheese, and anything fried since this region is known for producing it. Everyone in the city, no matter where they live, will experience new tastes.

During the last several years, the craft beer and distillery scenes have become extremely popular among the general public. The city of Atlanta has seen a significant increase in the number of breweries that have opened since 2010, although several distilleries have been in operation since the early 1900s. The Old Fourth Distillery, which produces pure bourbon whiskey, vodka, and gin, is the city’s oldest distillery, having been in operation since 1906 and producing spirits. The ASW Distillery, which started in 2010 and specialized in vodka and gin, has been producing liquor since then.

Atlanta is an energetic city. With its numerous parks, playgrounds, dog parks, hiking and bike routes, you can enjoy the great outdoors. There are enough things to do, and places to go if you want to enjoy the hot, muggy outdoors. Visit Piedmont Park in Midtown Atlanta, a 189-acre urban park ideal for picnics and workouts. The Beltline, an Atlanta-circumnavigating track, is great for those looking for a little extra adventure. See the city in a fresh light while using this trail, which is great for walking, running, and biking. Along The Beltline, many new businesses and eateries have popped up, making it a hip spot. You should be able to ride your bike to supper and back. Stone Mountain, 45 minutes east of Atlanta, is a great place for hikers. Visitors will be rewarded with stunning views of the city and even century-old engravings left by previous visitors when they reach the peak. 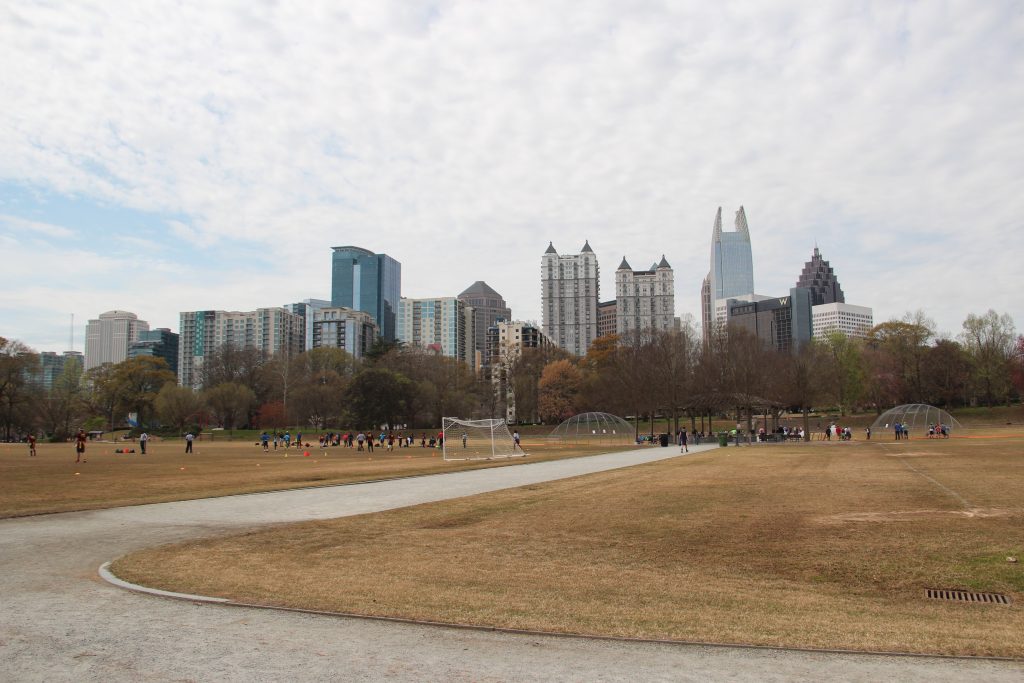 Atlanta is known as a festive town where exciting events bring people together. Live music, excellent food, artisan beer, and art viewing are just a few of the city’s cultural offerings.

Here are a few festivals to attend in Atlanta this summer:

Atlanta is home to Dragon Con

The city’s premier sci-fi and gaming convention. Dress like your favorite comic or anime character for the day.

The Atlanta Jazz Festival is an annual event

Over 300,000 people visit the Piedmont Park Music Festival every year. On four stages, there will be performances by more than 30 musicians.

Live music, food, and drink are available, and you can do it all while helping out your town!

Atlanta hosted the Summer Olympics in 1996 and has established itself as a global cultural icon of sorts. It is the oldest NCAA Division I football stadium erected by Georgia Tech students, Bobby Dodd Stadium, in 1913. Atlanta also hosted the University of Georgia vs A&M College of Alabama (now Auburn University) football game in 1892 in Piedmont Park, known as the Deep South’s Oldest Rivalry. The city is home to the Chick-fil-A Peach Bowl, an annual college football showdown, as well as the Peachtree Road Race, the world’s largest 10-kilometer running event. Atlanta served as the host city for the CSO in 1996, and Centennial Olympic Park was constructed to honor the event.

It is no longer possible to get low-cost housing in Atlanta as it was even a decade ago.

However, compared to other major metropolitan centers along the Eastern Seaboard, Atlanta offers a great cost of living comfort, especially when considering the expense of living outside the city. Houses in a reasonable price range can be found in the suburbs, such as Smyrna, Doraville, and Forest Park. While townhomes can sell for excess of $500,000, those residences typically have many bedrooms and baths and outside space, such as a porch, patio, or deck, among other features. In addition, several are within walking distance of some of the city’s most outstanding dining establishments.

The cost of living in Atlanta is slightly more than the national average, but it is still reasonably inexpensive. It is estimated that the average monthly cost of living in Atlanta is $2,035. According to projections made by the city, people living in the downtown region should be earning an average of at least $80,000 to $100,000 per year to live comfortably in this large city. While that may appear to be a large sum, the average wage in this city is more than in other cities of similar size.

The city can be classified into two categories: those located inside the perimeter and those located outside the perimeter. Choosing between ITP and OTP will define where you live in the city. Therefore, it’s critical to know where you want to be in terms of geography. Living inside the loop or ITP will put you “in town” because that’s where Interstate 285 is. On the other hand, people who live outside of the OTP or the loop may be on the outskirts of town or in the suburbs, depending on where they are located.

The OTP is a better area to reside in due to its suburban atmosphere and ability to accommodate families. If you’re thinking about starting a family, have a peek at the properties in this area. Because of the lower cost of living, larger yards and better school districts, this area is a popular choice for families looking for a new home. Commuting to work can be a hassle for people who live in the OTP because it is farther out. But if you live in the ITP, you’ll be in the thick of it all! You’ll find some of the best eateries and fun centers in the area here amidst the diverse ethnic population. Young professionals and those who appreciate city living will benefit greatly from relocating to the ITP. Keep in mind that real estate is more expensive and harder to come by in this area when deciding between the ITP and the OTP in Atlanta as a place to call home. Weigh the advantages and disadvantages of each before making your final decision.

Students looking to further their education should consider Emory University, visit Georgia Tech, or the famous Agnes Scott College. These colleges are all among the nation’s top-rated. All three schools are excellent choices for students. 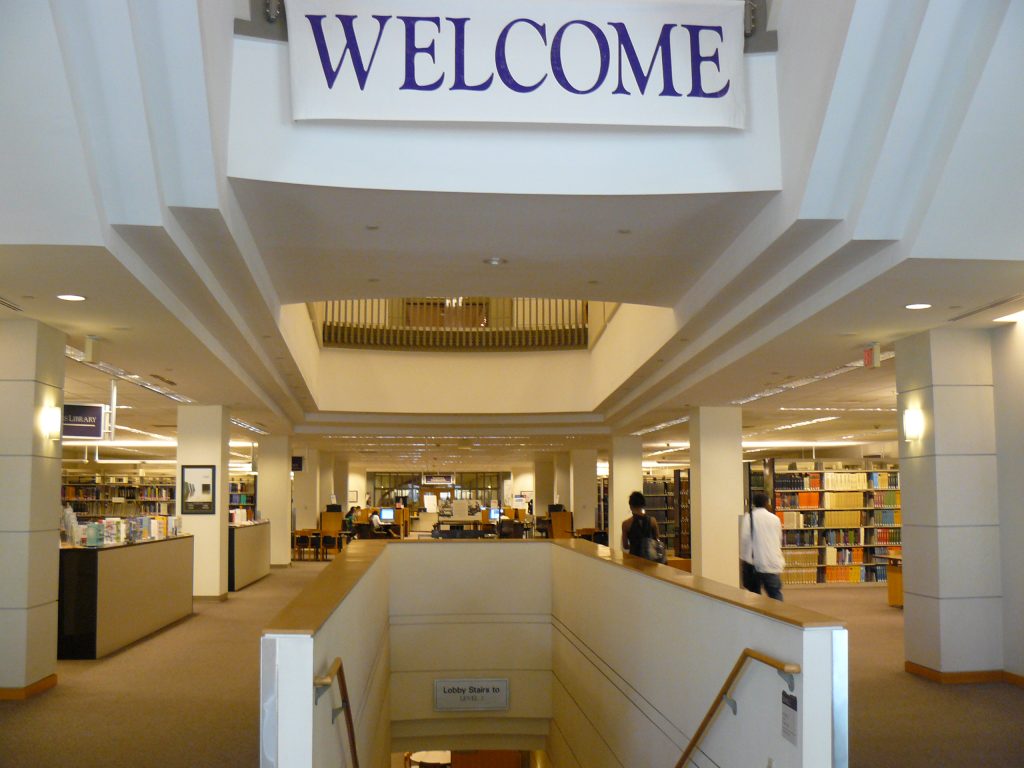 Atlanta manages to have a classic southern feel while still maintaining a cutting-edge urban vibe. A major transportation hub serves the state’s capital and largest metropolis. Atlanta is the world’s busiest airport, so it’s no surprise that many people go through here. Whether you’re here for business or pleasure, you’ll need a map to navigate the city’s many music venues, entertainment alternatives, tourist attractions, and museums. Atlanta can be traversed in a variety of methods, as listed below.

The Metropolitan Atlanta Rapid Transit Authority has both rail and bus services in the metro Atlanta area. MARTA-Rail is one of the most convenient and cost-effective ways for visitors to navigate about Atlanta. With just four lines, the subway system is easy to understand. Lines stretch from Indian Creek to Hamilton E. Holms in the east and to North Springs in the north, while the airport serves as the southern terminus for both lines. Five Points Station, located in the heart of downtown Atlanta, serves as a hub for all four subway lines. MARTA-Rail lines operate seven days a week, from 4:45 AM to 1 AM on weekdays and from 6 AM to 1 AM on weekends. The cost of a single journey is $2.50. The subway system in Atlanta, which has 38 train stations, is a great way to get around town quickly and cheaply. It’s also close to the airport, making it a no-brainer. For only $2.50, passengers can travel downtown in just 20 minutes from the station, connected to the airport.

Atlanta Streetcar is a great way to get around the city’s core if you’re only visiting for a short period. As of December 2014, the electric streetcar’s first section was open to the public. The current East-West route connects the Centennial Olympic Park area with the Martin Luther King Jr. National Historic Site, but more lines are being considered. On the 2.7-mile streetcar route, passengers can get off at any of the 12 stations. The Atlanta Streetcar is open seven days a week and costs $1 for a one-way trip. It costs $3 for a day pass.

Taxis are a popular means of transportation in Atlanta since many people dislike driving because of the shortage of parking, the cost, and the commotion. Taxis are a convenient mode of transportation in the city, even if they are expensive. Taxis frequently wait outside tourist attractions and hotels. Checker Cab Company, founded in Atlanta in 1947, is now one of the city’s oldest taxicab companies. There’s an $8 minimum for rides that start or stop at a business. Metered rides cost $2.50 for the first 1/8 mile and $0.25 after that. If you wish to get to or from the airport, you will pay $30 for a cab.

MARTA-Bus, a part of the Metropolitan Atlanta Rapid Transit Authority, helps people avoid driving in Atlanta by offering an alternative mode of transportation. On weekdays, the bus operates from 5 AM until 1 AM, while on weekends, it operates from 5 AM until 12:30 AM to provide you with a little more flexibility in where you can go in Atlanta. The cost of a single trip is $2, while transfers from buses and trains are accessible.

While Atlanta has four distinct seasons, the city’s weather is pleasant year-round. Although temperatures in the 20s and 30s are not uncommon during the winter, those cold spells are short-lived. The temperature can reach 60 degrees Fahrenheit on Thanksgiving and Christmas Day, with pleasant days thrown in throughout the winter season. A normal spring day will see highs of 70 or 80 degrees, with lows of 50 or 60 degrees at night. In the same way, autumn brings pleasant days and chilly nights. The summer months of July and August can be scorching, with temperatures in the upper 80s to 90s with high humidity common along the East Coast. 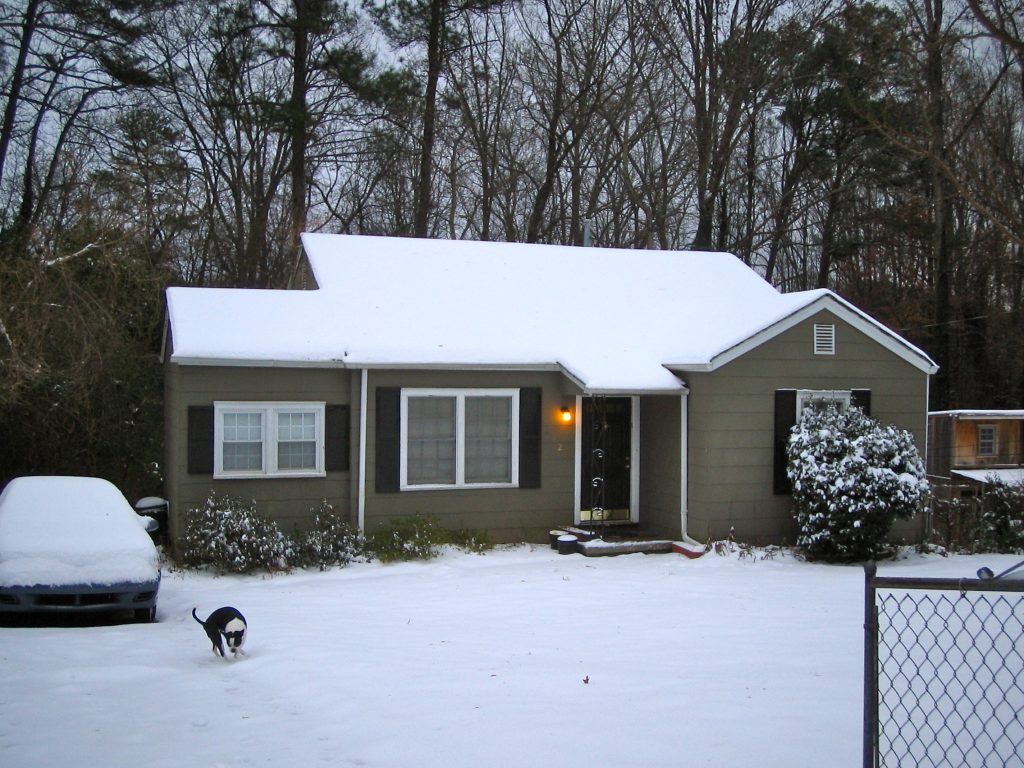 This culturally diverse metropolis in the South-Eastern United States is still attracting new people by the day. There are plenty of reasons to consider moving to Atlanta if it sounds like your kind of place. Despite the heavy traffic and the sometimes oppressively hot summers, Atlanta is a terrific city to call home. The city has it all as far as the southern culinary and craft beer scene, education and quality of life experiences are concerned.